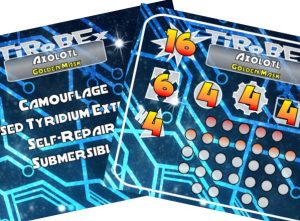 So as we near the release of The Golden Mask Expansion to TiRoBEx – it’s time for a preview of two of the eight new TRS you can use in the game. You’ll notice that they also have new TRS abilities; Among them is a TRS ability to repair itself during the game, removing damage blocks by forfeiting shield generation in a turn. Also, There’s a couple of TRS that are very much all or nothing if you so choose, and are able to self-destruct; destroying not only the TRS itself, but a large proportion of the terrain around it (as well as any other TRS that might be a little too close…)

First up the Axolotl

This freakish little TRS is inbuilt with some of the earliest Artificial Intelligence programs attributed to TRS. Because of this it has an overwhelming desire for self-preservation and will use whatever parts it can find to complete its damaged body before continuing on its way. Designed for Deepwater exploration, rumour has it that only one of these TRS was ever made but each time it comes back it looks slightly different… 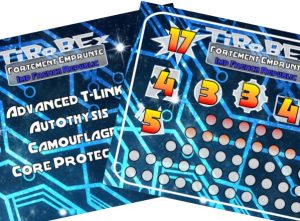 Just like déjà-vu, you’ve definitely seen it somewhere before. Although the Imperial French Republic will deny all knowledge, the Russian Federation isn’t quite so convinced. Not that anyone has had the chance to prove it either way as it does have a knack of ‘accidently’ blowing up when anyone tries to look at the chassis number.

All the new TRs are included in the Rise of The Golden Mask Expansion, including new terrain rules (where the terrain fights back!), New TRS abilities, New Scenarios, and Optional Resource charts.

Arriving for Download exclusively on Wargame Vault 28th May 2017