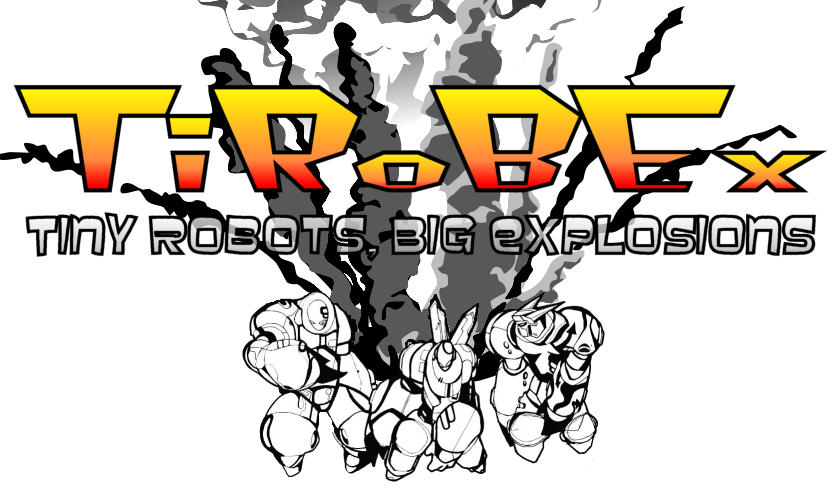 TiRoBEx is set in the far future, a time when mankind has begun to explore the far reaches of space. With technological advances, and the discovery of a super fuel called Tyridium, remotely controlled robots no bigger than a child (and in most cases smaller) are able to perform the tasks of armies of men. This game simulates the militaristic side of the robots use – in attempts to destroy opponents and secure resource rich environments of newly discovered worlds orbiting distant star systems.

With an innovative system of 3-D Blast templates that gradually reduce in size, TiRoBEx takes wargaming to a whole new level – a really, really low down level. The complete rules and printable versions of the templates and tokens are contained with the single full-colour rulebook, available now for download at Wargame Vault. 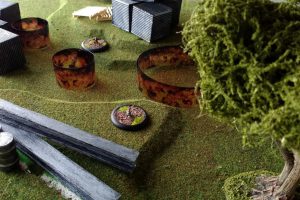 Each ‘Tiny Robot System’ (TRS) has a unique reference card with values for various attributes that you can alter during the game. Tyridium (like an individual energy store) can be allocated to many different systems; Movement, Range of Attack, Number of Attacks, Accuracy, Shield Generation, Evasion capabilities, or to power-up the devastating Area Impact (AI) Rounds. All this in an attempt to destroy your opponent(s) and secure unrefined Tyridium around the battlefield. 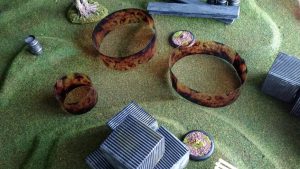 Area Impact Rounds are so huge they destroy terrain, damage opponents, and do not simply hit a target then disappear, like in other wargames. These blasts are around for a number of turns, inhibiting vision, damaging those foolish enough to remain in the area of effect, only gradually decreasing in size as the battle wages on. 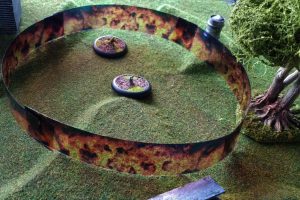 All of this along with special abilities, such as Short-Burst Flight, Improved Shielding, Multiple Barrages, the ability to steal Tyridium from opposing TRS and many more make even the tiniest of robots a massive force to be reckoned with on the battlefield.

The main TiRoBEx rulebook contains full rules for eight different TRS, from four of the largest factions in the future of humankind as they explore the vast reaches of the cosmos, in a bid to claim the Tyridium scattered throughout the stars for themselves. 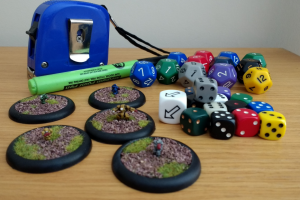